A 6-month programme of 1:1 bespoke coaching sessions to get you more better-paid bookings for your live entertainment company, without hustling all day. 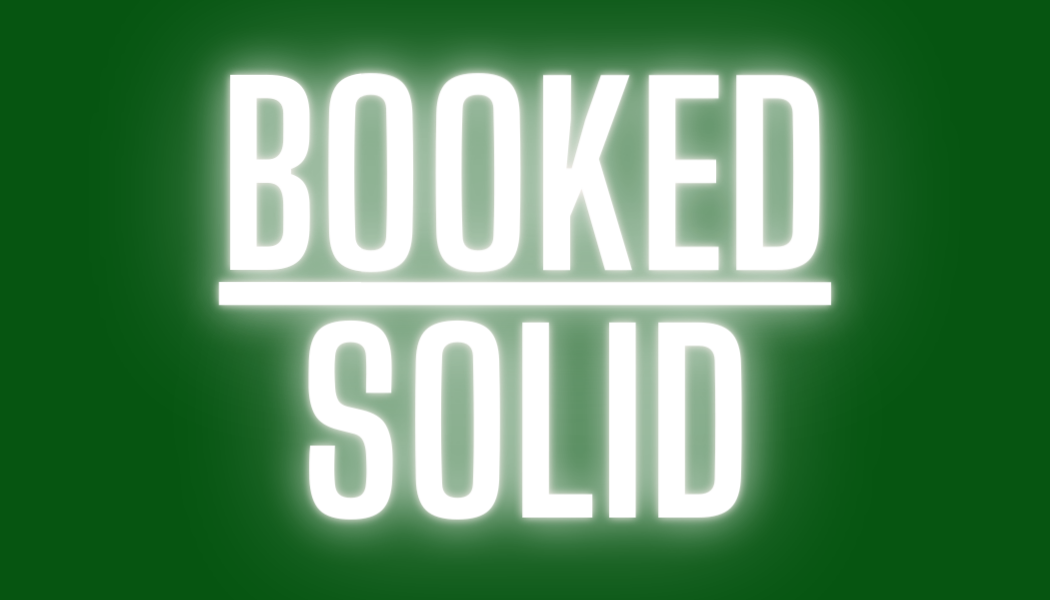 Do you want more bookings for your live entertainment company? … bookings that pay better?

You’re constantly juggling, drowning in admin when what you want to be doing is spending more time on the creative parts of your job… and frankly, you’d like a life outside of work too.

You get annoyed talking to people that need your attention URGENTLY! … and never reply to YOU.

You’re working really hard, but you’re still not getting enough of the right kind of bookings, the ones that pay you AND your performers what you deserve.

How many of your problems would be solved if you could just get paid better for your work?

You’ve tried putting more hours in, but you just end up going round in circles...

... not getting more bookings

... certainly not better-paying ones

and that’s not sustainable long term.

You’ve read some books on productivity and time management, but that’s not really the problem.

... you’ve watched some youtube videos too. A lot of them.

You’ve tried getting advice and talking to friends, and it was nice to be able to talk to someone, but they didn’t really help.

You’re doing all you can to feel better about it, but it doesn’t solve the problem, and you don't really feel much better.

You’re worried that you’ve failed already, you say things like “that’s just how it is in entertainment”, but you wish it wasn’t true. 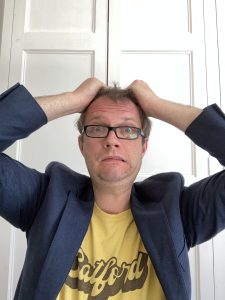 Imagine knowing there’s someone outside your business you can talk to when you have a wobble, where it doesn't matter if you think you’ve got a silly question or concern.

Get the enthusiasm boost when you need it, have someone that can help save you time by asking the right questions at the right moment, in the right way.

Actually get what you want, instead of just compromising all the time.

Once you’ve done this, you’ll not only have more money and more time, be enjoying your work more and your life in general more, but you’ll start to ask bigger questions and open yourself up to what else you could do. What else could be possible for you?

“… my session with John was like entering a room through a door from a stormy world and leaving by another onto a path of positivity, aspiration and confidence. A very understanding, thoughtful and exceptional experience that I highly recommend.”

Marc is a bit of a creative powerhouse. He runs a busy venue, he also writes, produces and directs work.

He wanted to be able to get through the admin parts of his work quicker and with less stress, so he could have more energy for the creative parts of his work, but something was getting in the way.

Having solved that, he realised he wanted to spend more time working on his writing, and discovered he REALLY wanted to write a novel! Go Marc!

You can pay yourself and your people well.

You can have a life outside of work.

What if you could enjoy calls with people and feel super confident about selling your work?

What would it be like if creating something new was the first priority on Monday morning?

“... just spending an hour in a room with someone who understands the challenges faced by creative professionals AND how to overcome those challenges, was way more cost effective in terms of time and money AND outcome than any amount of self help books or tapes I might have bought in the past."

Tom is a busy man! He runs an extremely successful music tuition website, he’s written a book AND performs professionally.

A 6-month programme of 1:1 bespoke coaching sessions to get you more better-paid bookings for your live entertainment company, without hustling all day. 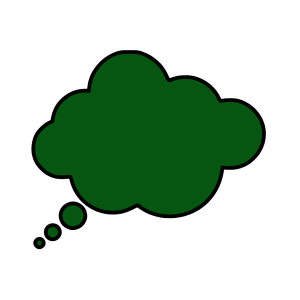 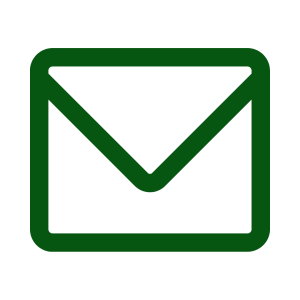 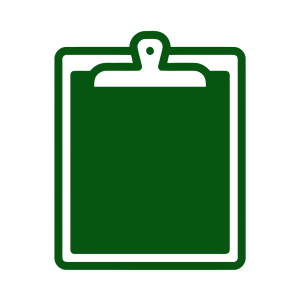 This is the real magic.

In these sessions we:

Get you clear on what you’re going to do.

Make sure you have a plan for how to do it.

Make sure you can handle any obstacles that come up.

Keep you on track.

Support and accountability over text and email.

In the two weeks between each of your coaching sessions, you'll check in with me for a round of applause as you complete parts of your plan, and if you want some encouragement or to check anything as it comes up.

A weekly reflection log so you can think about how far you’ve come and record any changes you need to make, as well as things to bring to your next coaching session. I'll check in on these periodically too.

when you join Booked Solid, you also get... 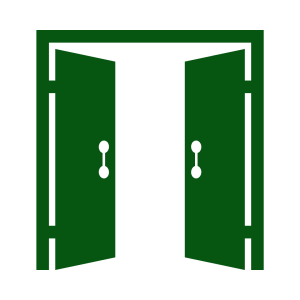 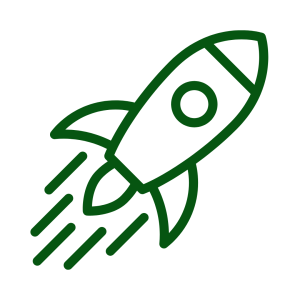 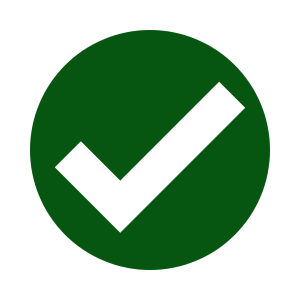 Work out where you are right now, set goals and aims for the programme, discover values, get excited and set your initial actions.

Weekly group calls to make sure you’re in the right state consistently and handle any wobbles.

At the end of the programme, we look back over your success and set you up for the future.

Let's have a chat to see if Booked Solid is right for you. I want to know where you are right now and what you want for your live entertainment business. Simply enter your details below and schedule a free consultation with me.

Thanks for your message, I'll be in touch to book in a call!

Please keep an eye on your email, including junk folder.

I'm looking forward to speaking with you.

Something went wrong. Please check your entries and try again.

Once you enter your details, you’ll be invited to book in a call at your earliest convenience. 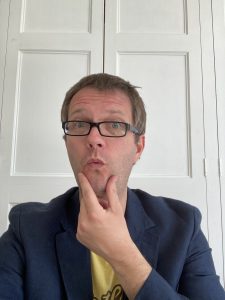 Who is John? Expand

Hi! I’m John Blackburn. I’ve been a drummer and musical director for 20 years. In that capacity I noticed a lot of the things holding producers, directors, creatives and performers back was not technical or creative expertise, but the ‘inner game’ stuff.

Now as it happens, I’d been absolutely fascinated (actually a bit obsessed) with two things growing up:

- Playing the drums, and something called Neuro Linguistic Programming (or NLP for short.)

As I worked to become a better MD, thinking about how to get the best out of myself and those around me, I quickly discovered that some of the skills I’d picked up studying NLP were actually proving WAY more important than a lot of the musical stuff!

Through applying some of my NLP skills, I was able to help people get really quickly out of stressful states and into creative, focussed and productive ones, which seemed like nearly half the job!

As time went on I trained and became a Licensed Practitioner of NLP (training with one of the co creators of NLP from America, a massive goal for me when I was kid!)

It was that training that put me on the path I’m on now. I realised that whilst it was great having all of these, frankly, life changing skills and using it for myself and people already close to me, if I was going to really make an impact, and really help people, I needed to concentrate on this fully.

I realised that the best way for me to help make entertainment better, was to help the people I admired and respected make their creative ventures even better.

So I did some more NLP training, becoming a Licensed Master Practitioner of NLP, and then also studying for and being awarded an Accredited Diploma in Coach Training, accredited by the Association for Coaching, of which I am also a member.

Isn't this just how it is in entertainment? Expand

No! There are people doing great work, being paid properly, treating people well AND enjoying life whilst they do it.

If you don’t know anyone like that - BE THE FIRST!

Sometimes it’s comforting to tell ourselves that it's “JUST how it is” even though it's a horrible thought, because it means we can stop working on it.

That word JUST is important.

Very rarely is anything JUST like that, people have massive range of experiences and responses, even in the most similar situations.

If you’re over generalising like that, it means you might have reached the very edge of your understanding of your situation, and it's time to get some new perspective.

I've never had any coaching before, what is it? Expand

“A coach is someone that sees beyond your limits and guides you to greatness!”  - Michael Jordan

As a coach, it’s my job to put you in the best possible position to get to your goals and get over obstacles. I do this by asking you questions about HOW you’re thinking, as well as WHAT and WHY.

Then I LISTEN really carefully, and by noticing patterns in the way you communicate, or when something is missing from your thought process entirely, I can help you see where you are tripping yourself up and bring it to your attention in a way that helps you examine it and change it.

As a Licensed Master Practitioner of Neuro Linguistic Programming (NLP), I can then quickly help you come up with new ways of thinking, feeling and behaving, drawing on your existing strengths so even any big changes you decide to make can feel natural.

It’s not advice, it’s not therapy, and it is a safe space to really get honest about what you want, what’s been stopping you from getting it, and HOW to change WHAT so you CAN have it.

Can I afford this? Expand

How long have you spent being stuck? How much money, how much time, how much joy did THAT cost you?

If you’re struggling to get the bookings you want, and you’ve tried figuring it out on your own for a while, this work is the best way to get you more, better paid bookings.

PLUS! There's no hard sell here. If we chat and either of us doesn't think it's a good fit right now, that's ok!